On May 19, 2018, well-wishers around the world watched as Prince Harry tied the knot with Meghan Markle (now “Her Royal Highness The Duchess of Sussex”) at St George’s Chapel, Windsor Castle. About 600 guests attended the wedding, including luminaries like David Beckham, Oprah Winfrey, and Idris Elba, while another 1,200 lucky guests lined up outside of the chapel to watch.

While those outside the chapel might not have been able to rub elbows with the Queen, they didn’t go home empty-handed. The newly married couple issued commemorative gift bags for the occasion. The monogrammed gift bags included such goodies as a royal wedding water bottle, shortbread and a gold-wrapped chocolate coin.

I would have been tempted to eat the shortbread immediately, but some guests were a little more mercenary, putting the bags up for sale after the wedding. Some bags have been listed on eBay: As of this writing, one such listing has already drawn 66 bids, driving the price up to £13,000 (US$17,465.50).

(Quick caveat: If you head over to the site, you might not be able to stop clicking. Other commemorative wedding items for sale include a KFC Limited Edition Harry & Meghan Royal Wedding Golden Bucket—yours for just £400 (US$537). You’ve been warned.)

Most of the sellers appear to be located in the United Kingdom, but taxpayers located in the United States have to assume that the Internal Revenue Service (IRS) is paying attention. Almost any time that you sell an item, you have potential accession to wealth, and under section 61 of the Tax Code, that’s generally taxable. The language is pretty broad, declaring that “gross income means all income from whatever source derived.” That includes gains from the sale of capital assets, no matter how you acquire them.

How you acquire the items does matter, however, when it comes to figuring out how much tax you might owe. When you sell or otherwise exchange an item for value, you calculate your gain by subtracting your basis from the selling price. Your basis is generally the price that you pay for an item. So, if you buy Facebook stock for $50 and you sell it today (it’s expected to open at $184.49), your gain is $134.49, or $184.49 – $50.

But what happens if you’re selling an item that you didn’t pay for in the first place? The tax treatment for the sale is the same–but figuring the basis can be different.

But not every “gift” is a true gift. Remember when every member of Oprah Winfrey’s studio audience found themselves with a new $28,500 sedan? Those cars weren’t gifts at all, but rather part of a 2004 promotion for Pontiac (previously a brand of cars under the General Motors umbrella). The result was a tax bill to the recipients of about $7,000 per car. Audience members who didn’t want or need a car could sell them, of course. The basis was the fair market value of the car–the same amount reported as income. If the car was then sold for, say, $30,000, the gain would be $30,000 (selling price) less $28,500 (basis), or $1,500.

The same goes for those Hollywood gift bags. For years, stars took home tax-free gift bags packed full of fantastic items. The theory was, of course, that it was a “thank you” for just being so darn fabulous. But the IRS thought otherwise. In 2007, as part of an “outreach program aimed at the entertainment industry,” the agency announced that “[t]hese gift bags are not gifts for federal income tax purposes because the organizations and merchants who participate in giving the gifts bags do not do so solely out of affection, respect, or similar impulses for the recipients of the gift bags.” Instead, like those “free” cars, those diamond-encrusted bras and Gucci sunglasses are considered promotions and the recipient has “taxable income equal to the fair market value of the bag and its contents and must report that amount on his or her federal income tax return.” Similarly, any subsequent sales are taxed as capital gains using the fair market value as the basis.

But what if it is a real gift? I think that’s the case with the royal wedding gift bags, even if the contents are quite a bit nicer than your run-of-the-mill bottle of bubbles. I’d argue that these gifts were actually driven by “affection, respect, or similar impulses” and not a promotion (note, for example, the lack of branding outside of the monograms). If that’s the case, under U.S. law, there would be no income to the recipient. That means that most of the guests likely happily devoured their shortcake and chocolate, income tax-free. As for the few souls who hope to profit from their attendance at the big event? If they do, the gain is figured the same as before: the selling price less the basis. In this case, however, the basis would be the cost of the items paid by the gift-giver (just like the Facebook stock from your great-aunt Janie in the earlier example) and not the fair market value of the gift.

Here’s the takeaway: Not everything that’s “free“ is actually free. When it comes to promotions and giveaways, there’s a lot of room for debate (just ask the Cincinnati Reds). If ever in doubt, remember that section 61 of the Tax Code attempts to grab at almost everything. It’s best to consult with a tax professional if you’re not sure.

It’s Time For A Checkup On Your Taxes 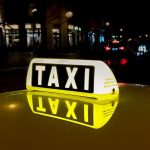