Nearly three years ago, ‘Real Housewives of New Jersey’ star Teresa Giudice was headed home after being released from the Danbury Federal Correctional Institution in Connecticut. This week, the Giudice family learned that Teresa’s husband, Giuseppe “Joe” Giudice, won’t have the same opportunity. An immigration judge ruled that Joe will be deported to Italy after completing his prison sentence.

Joe attended an immigration hearing in York, Pennsylvania via teleconference to learn his fate. At the hearing, Judge John Ellington said, “Based upon the law, I find you deportable and ineligible for any kind of relief.”

Joe is slated to be released from prison in March. However, the threat of deportation has been a possibility since his original sentencing. Joe, who is not a U.S. citizen, was told by federal Judge Esther Salas that, after prison, he would face immigration proceedings which would “likely result in … your being removed from the United States.” At sentencing, the court clarified that the decision whether to deport Joe would be made by U.S. Immigration and Customs Enforcement following his prison sentence.

The charges against the Giudices surfaced more than five years ago. In 2013, the couple was indicted on 39 counts of conspiracy to commit mail and wire fraud, bank fraud, making false statements on loan applications and bankruptcy fraud with separate charges for Joe for failure to file federal income tax returns for tax years 2004 through 2008. They both initially pleaded not guilty to all of the charges.

Typically, failure to file a tax return does not result in jail time. It’s considered a misdemeanor and usually results in fines of up to $25,000 though prison time of up to a year can be tacked on. If the violation is found to be willful, however, it can be treated as a felony and sentencing can range up to five years. Tax crimes may often be combined, as was the case here, with other financial crimes.

And here’s where Joe got into trouble. Under U.S. law, immigrants can be deported if they are convicted of a crime of moral turpitude or an aggravated felony. Aggravated felonies include certain financial crimes such as those involving fraud or deceit in which the loss to the victim exceeds $10,000, or tax evasion in which the revenue loss to the U.S. Government exceeds $10,000. As part of his plea, Joe admitted avoiding income taxes on nearly $1 million between 2004 and 2008, and in 2015, the Internal Revenue Service (IRS) filed a $551,563 tax lien against the couple. The couple had also been required to pay restitution of $414,588 to Wells Fargo, the target of the bank fraud.

As Jonathan Grode, an immigration attorney for Green & Spiegel, LLC, explains, “It is really about the conviction itself and the underlying status. When the foreign national does not have status or has nonimmigrant status, it is different than having green card status. With nonimmigrant status, a crime that renders the person inadmissible – one involving a crime of moral turpitude and a sentence that carries a maximum of greater than a year – then under INA 212 the foreign national is removable from the United States.”

But the standard is a little different for those with permanent status. According to Grode, “For those that green card status, it is a bit harder to have them removed after conviction – usually it has to be an aggravated felony as it appears to be the case with Teresa’s husband.” If Joe had pursued citizenship earlier, that would have made a difference, with Grode adding, “Citizens cannot be deported.”

Joe has the opportunity to appeal the finding. It isn’t clear whether he will do so. An email to the Giudices’ family lawyer seeking comment was not immediately returned. 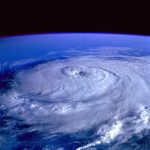