As I reported earlier, the United States Tax Court has shut down operations as of Friday, December 28, 2018, at 11:59 p.m. and will remain closed until further notice. The closures are due to the partial government shutdown.

A decision regarding trials sessions scheduled for the week of February 4, 2019, will be made on or before January 18, 2019.

During the shutdown, eFiling and eAccess will be available for taxpayers. Remember that, at least initially, deadlines are not extended during the shutdown. Therefore, taxpayers should still pay attention and comply with statutory deadlines for filing petitions or notices of appeal. You can do so by timely mailing a petition or notice of appeal to the Court.

Timeliness of mailing of the petition or notice of appeal is determined by the United States Postal Service’s postmark or the delivery certificate of a designated private delivery service. The United States Postal Service is not affected by the shutdown. By statute, the U.S. Post Office is an “independent establishment of the executive branch of the Government of the United States.” So while the Post Office is privileged under U.S. law (it has a monopoly on the delivery of first-class mail, for example), it’s not technically run by the government nor is it funded by taxpayers. In fact, the Postal Service hasn’t received federal subsidies from taxpayers for more than 30 years (with limited exceptions related to voting). (For more about the USPS, check out this earlier article.)

It’s important to continue to pay attention to deadlines during the shutdown. The Internal Revenue Service (IRS) will maintain some functions and those are outlined in their contingency plan. For more on what remains open at the IRS through December 31, click here. 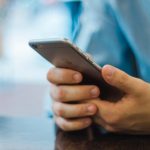 Use IRS2Go To Check Refund Status And More

US Tax Court Will Soon Be Accepting Mail