IRS: Tax Filings Down But Average Refund Dollars Are Up

Might we finally be turning a corner? Tax season appeared to be off to a slow start when it opened in January, with initial statistics showing fewer returns filed and smaller refunds issued. Numbers from the Internal Revenue Service (IRS) have remained low since the open, but this past week they’ve finally ticked up where it matters to taxpayers: Average tax refund dollars are up.

The IRS also continued to report a drop in the rate that individual income tax returns were processed. The IRS has processed 47,700,000 returns to date, or nearly 5% fewer returns compared with the same time last year.

And what about those tax refunds? Tax refund numbers remain sluggish. The IRS has issued just 38,566,000 tax refunds as compared to 40,504,000 for the same period last year. That’s a drop of 5%, which is admittedly better than the staggering 26% drop earlier in the season.

The total amount of tax refund dollars issued remains lower than last year, too. The IRS has issued just $121.203 billion in tax refunds, as compared to $125.671 billion last year. That’s a drop of nearly 4% (again, better than the 40% dip from earlier).

But here’s where we’re seeing some good news. While the number of tax refunds issued overall is down, the average refund for taxpayers has gone up: $3,143 per taxpayer compared to $3,103 for the same period last year, an increase of 1.3%. That’s $40 more than last year.

Those numbers may reflect some very early earned-income tax credit (EITC) or the additional child tax credit (ACTC) payments. By law, the IRS can’t issue refunds to taxpayers who claimed EITC and ACTC before February 15.

Also on the way up? Visits to the IRS website. Clicks had been down for the tax season, but IRS now says that 232,545,000 visitors have stopped by the site, an increase of 9.1% over the same time last year.

The IRS expects to process about 150 million tax returns for the season. So far, they’ve received and processed about one-third of that total. 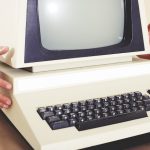