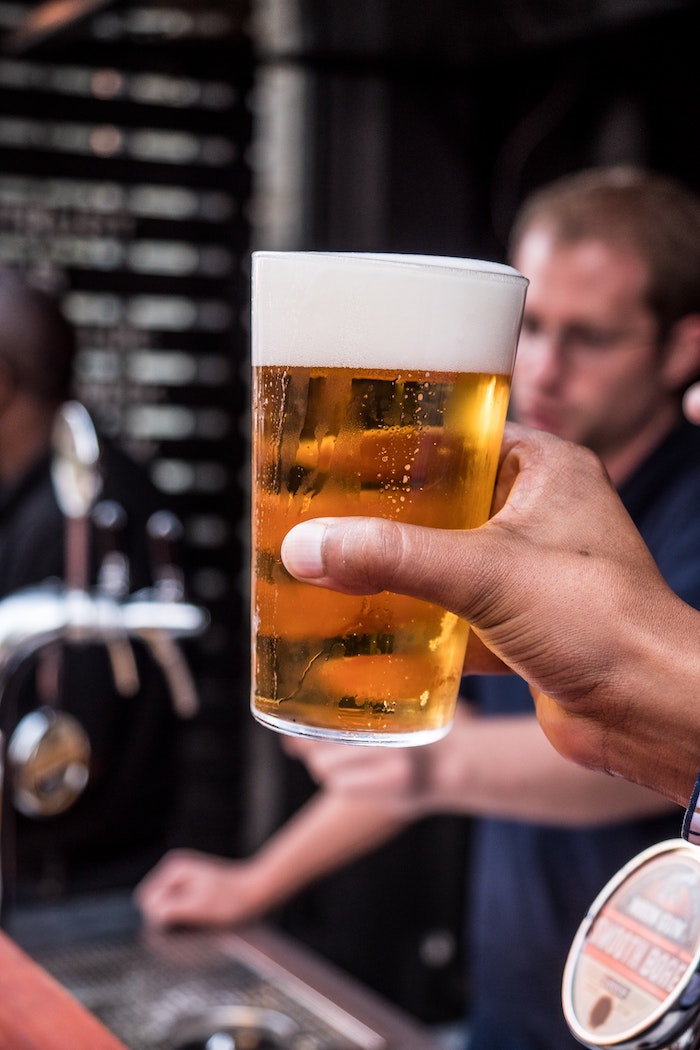 I spent much of the weekend wandering around my old stomping grounds in Raleigh, North Carolina, with my daughter. We stopped into one of my favorite spots for dinner, and the waiter brought out the beverage list: There was practically an entire page dedicated to local beers. It was quite a change from back in the day and speaks to the popularity of craft beer in America these days (for the record, I opted for a brown ale from Lonerider). According to the Brewers Association, small and independent brewers collectively produced 25.9 million barrels and realized 4% total growth last year.

Beer is so popular that it even has its own day: National Beer Day falls on April 7 and marks the day that beer was allowed to be legally manufactured and sold following a long, dry Prohibition. On March 22, 1933, President Franklin Roosevelt signed the Cullen–Harrison Act into law, which moved the U.S. away from Prohibition by allowing the manufacture and sale of beer that was approximately 4% alcohol by volume (just a little less than the average today) and some wines. After he signed, Roosevelt reportedly remarked to his aide Louis Howe, “I think this would be a good time for a beer.”

Prohibition would officially remain in place for a few more months, but the ability to drink beer and wine was worth cheering. Here are a few more facts about beer—and its close relationship to tax—to help you celebrate in 2019:

1. Egypt was likely the first civilization to tax beer. Queen Cleopatra imposed a tax on beer in order, she claimed, to discourage public drunkenness, though it is believed that the tax was used to raise money to fund a war with Rome.

2. Beer is the most popular alcoholic beverage in the United States. According to a 2018 Gallup poll, 42% of Americans who drink alcohol say they prefer beer, up a couple of points from last year. In 2017, the federal government collected $3.6 billion in excise taxes on domestic and imported beer.

3. In 1695, Great Britain raised taxes on beer, making gin the cheapest beverage in England. Gin was taxed at 2d (about 2 pennies) per gallon, while beer was taxed at 4 shillings 9d (about 57 pennies) per gallon. The difference in price is considered the root of a serious drinking problem in the country in the 18th century, especially among the poor.

4. In the United States, taxes on the production, distribution, and sale typically eat up 41% of the retail price of beer. That amount includes all taxes imposed on beer. In previous years, the federal excise tax was about 5 cents per drink (the nickel comes from the assumption that the average beer has an alcohol content of 4.5%).

5. If you thought the Tax Cuts and Jobs Act (TCJA) only lowered income taxes, you’d be mistaken. The TCJA reduced the federal excise tax on beer according to output. Those rates were reduced to $3.50 per barrel on the first 60,000 barrels for domestic brewers producing fewer than 2 million barrels annually and $16 per barrel on the first 6 million barrels for all other brewers and all beer importers; the excise tax remains at $18 per barrel rate for those producing over 6 million. If those rates sound familiar, they closely mirror previously proposed legislation, including the BEER Act of 2013. There is one downside: Under tax reform, most corporate changes under tax reform are permanent and most individual changes are effective through 2025, the changes affecting the beer market will expire in 2020.

6. German beers are often labeled “Gebraut nach dem Bayerischen Reinheitsgebot von 1516,” which translates roughly to “brewed according to the Bavarian Purity Law of 1516.” The law originally limited the ingredients that can be used to make beer in Germany (barley malt, hops, yeast and water) and allowed the government to tax beer. The Reinheitsgebot became an official part of the German tax code in 1919 but was largely gutted when Germany became part of the European Union.

7. To help pay for the Civil War, Congress imposed an excise tax on beer. The Revenue Act of 1862, signed into law by President Lincoln, included a tax on “all beer, lager beer, ale, porter, and other similar fermented liquors, by whatever name such liquors may be called.” It may not be popular but taxing beer wasn’t a bad idea from an economic standpoint, as it generates billions in revenue each year.

8. Arthur Guinness II—the father of Guinness stout—altered the family beer recipe to include unmalted roasted barley instead of black malt. The unmalted barley wasn’t subject to extra taxes (more on those here), which made it affordable for the Guinness family—and also made the beer’s taste distinctive. By the end of the 19th century, Guinness was the largest brewery in Europe.

9. According to the Beer Institute, directly and indirectly, the beer industry employed nearly 2.23 million Americans in 2016, providing more than $103 billion in wages and benefits. The industry pays nearly $63 billion in business, personal and consumption taxes.

10. In 1991, President George H.W. Bush signed a bill that raised taxes on luxuries such as furs, yachts, private jets, jewelry and expensive cars (despite the “no new taxes” pledge). That same bill nearly doubled the tax on beer. Bush called for the repeal of the tax just two years later, and while most of the taxes included in the bill were eventually repealed, the tax on beer remained in place and is still there today.

12. The oldest operating brewing company in the U.S. is D.G. Yuengling & Son, owned by billionaire Richard Yuengling, Jr. Yuengling (“Ying-ling” and not “Yoong-ling” or “Yang-ling”), based in Pottsville, Pennsylvania, is one of the country’s five largest beer companies, with an estimated $550 million in annual revenue in 2015. The company added a new location in Florida and won’t promise to remain in Pennsylvania, blaming the state’s tax climate in 2012: “Pennsylvania is a great location. But it’s not very business-friendly. You look for fair tax breaks, fair taxation. And the bottom line is more jobs. That’s what it’s all about.”

13. What’s the best state for craft beer? According to C+R Research, the craft beer capital is Vermont. It probably helps that Vermont has a relatively low excise tax on beer (it ranks in the middle, but more than $1/gallon less than the top). You can see how your state ranks here.

14. Sales of craft beer increased 8%, up to $26.0 billion, according to the Brewers Association, and now account for more than 23% of the beer market. California leads the way, boasting 2.2 breweries per 100,000 adults over the age of 21. You can see how your state ranks here.

15. In addition to sales of beer, “beer tourism” is a real thing. Sites like BrewTrail.com help consumers plan road trips and vacations around visits to breweries, which bring additional travel tax dollars. States and regions have gotten into the spirit, offering info on their own “ale trail” recommendations.

16. How does beer figure into the economy overall? According to a 2016 report (downloads as a PDF), the beer industry contributed more than $350 billion in economic output—equal to nearly 1.9% of the U.S. Gross Domestic Product (GDP).

17. Cenosillicaphobia is the fear of an empty beer glass. Okay, that’s not a tax fact, of course, just a fact. Don’t live in fear: go, get a beer.