With the new tax filing season just months away, the Internal Revenue Service (IRS) has released the second draft of federal form 1040-SR, U.S. Tax Return for Seniors. The form, with larger print and less fussy boxes, is intended to make life easier for some of the approximately 15 million senior households expected to file tax returns in 2020.

Taxpayers got wind of the new 1040-SR in December of 2017 as part of the Chairman’s Mark of the Tax Cuts and Jobs Act (TCJA). In that initial markup, Congress proposed a new federal form 1040-SR for use by persons who are age 65 or older. At the time, the form was described “as similar as possible to the Form 1040EZ.” The difference was supposed to be that the use of form 1040-SR would not be limited by taxable income or by certain income types.

(You can learn more about the 1040EZ, including its history, here.)

Despite the redesigned form 1040 and the elimination of the form 1040EZ, there was no form 1040-SR to be found in 2019. That’s because form 1040-SR didn’t become part of the TCJA. Instead, it was pushed through as part of the Bipartisan Budget Act of 2018. Under the Act, Congress directed the IRS to design form 1040-SR to be “as similar as practicable to Form 1040EZ” with a few exceptions, notably “only for individuals who have attained age 65 as of the close of the taxable year.”

Like the first draft of the form 1040-SR, the most recent draft is two pages long, though you may need to attach additional schedules.

You can view the complete 2019 draft version here (downloads as a PDF).

Remember that this is just a draft. The IRS warns on the front page: Do not file draft forms and do not rely on draft forms, instructions, and publications for filing.

That means that the IRS could still make changes: this version is, after all, just a few months older than the last draft available for public inspection. The IRS does consider comments about draft forms. You can email yours to WI.1040.Comments@IRS.gov.

While 15 million taxpayers could benefit from the new form – approximately 10% of taxpayers – that number is likely on the high end. Many seniors don’t file their tax returns by hand: even the most tech-averse use tax software or hire a tax professional; overall, nearly 90% of taxpayers are expected to use a tax preparer or file electronically. 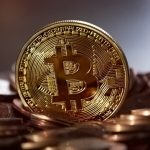