La Liga players may not be on the pitch yet, but at least one player is still making news: Atlético Madrid striker Diego Costa had pleaded guilty to tax fraud.

The tax charges stem from Costa’s transfer to Chelsea FC in July of 2014. Costa enjoyed success at Chelsea for a few years (winning two Premier League titles) before returning to Atletico Madrid in 2017.

After his return to Spain, Costa came under scrutiny for allegedly failing to declare and pay taxes on money from a lucrative soccer cleat deal with Adidas. The Spanish tax authorities allege that the Brazilian-born Costa signed the cleat contract while he lived in Spain, but before he signed to play for Chelsea. At the time, Costa argued that he was a British resident for tax purposes and had no obligation to pay tax in Spain.

Costa was eventually charged with failure to report and pay taxes not only on income related to his image rights, but also €5.15 million ($5.84 million U.S.) in revenue tied to the Chelsea move.

This week, Costa appeared in court (appropriately masked for COVID-19) and pleaded guilty to the charges. In return, he was sentenced to six months in prison, restitution, and a fine of €543,208 ($615,604 US). In Spain, those who receive a light prison sentence do not usually serve time unless the offense involves a violent crime or if the defendant is a habitual offender. Typically, a light sentence is one under two years.

The sentence is similar to those handed down to fellow La Liga player, Lionel Messi, and La Liga-turned-Serie A player Cristiano Ronaldo.

Why does it feel like Spain is singling out soccer stars? That may be a loaded question. But at least one part of the answer is tied to the so-called “Beckham Rule” – the law in Spain which allegedly benefited England’s David Beckham, who played for Real Madrid. Under prior Spanish law, you could elect to be taxed as a nonresident if you lived and worked in Spain if you met specific criteria. The law was short-lived and ended in 2010 (perhaps, not coincidentally, after Beckham left Spain). 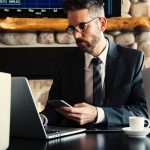 IRS To Non-Filers: Register To Get Stimulus Checks By Year-End

Tax Whistleblowers: The Ins And Outs Of Reporting Tax Fraud