Are your accounts receivables piling up? With so many people out of work, many businesses are experiencing slow payers and (gulp) non-payers. If you’re not sure about the practical and tax aspects of handling those accounts, here are a few things to keep in mind.

Don’t assume that you can send a Form 1099-C for nonpayment.

When you get stiffed on a bill, some businesses figure they can exact their revenge by issuing a form 1099-C. Be careful.

A form 1099-C, Cancellation of Debt, is issued when certain debts are discharged for less than the full amount owed following an identifiable event, and the amount is $600 or more.

The form instructions note that you “File Form 1099-C for each debtor for whom you canceled $600 or more of a debt owed to you” if “You are an applicable financial entity” and “An identifiable event has occurred.” The instructions further clarify that those responsible for filing Form 1099-C are typically those in the business of lending money (on a regular and continuing basis). This includes not only banks and credit unions, but finance companies and credit card companies.

If you aren’t included in the list, does that mean that you can issue Form 1099-C anyway? It’s a tricky area. Some tax professionals like to point to a 1998 Service Center Advice (downloads as a PDF), which concludes that “(i)ndividuals or entities not required by section 6050P to file Form 1099-C may nevertheless voluntarily file such forms in appropriate circumstances” as authority for issuing the forms anyway.

But before you rush out to issue a Form 1099-C based on a few lines from the Advice, be sure to read the entire thing.

The Advice notes that the filing of Form 1099-C isn’t intended to be a substitute for complying or an excuse for not complying with other areas of the law. Specifically, the Advice notes that the IRS does not express an opinion “whether utilization of Form 1099C as a debt collection technique may violate provisions of non-Internal Revenue Code law, such as Federal Bankruptcy law, and possibly provisions of the Fair Debt Collection Act and similar consumer protection legislation.”

Make Sure The Debt Has Been Discharged

And, even if you feel that you “fit” for purposes of voluntary compliance, you need to make sure that the debt has been properly discharged. When filing an information return, like a Form 1099-C, the IRS makes clear that the reporting must satisfy the Regulations, including the requirement in this case that there be an identifiable event before the form is issued. There are examples in the Regulations, but generally, an identifiable event occurs when the creditor believes that the debtor cannot pay or if the creditor will be unable to collect what is owed.

Issuing Form 1099-C shouldn’t be used as an invitation for the client to pay: reporting that a debt has been discharged and subsequently accepting payment could get you into trouble. It’s well settled, as noted in the Advice, that “intentionally erroneous, false, or fraudulent information returns may subject the filer to the section 7207 penalty… as well as to possible civil actions on the part of the debtor.”

In other words, if you’ve taken steps to mark the bill uncollectible, don’t keep trying to collect.

Those issues notwithstanding, relying solely on the Advice when issuing a Form 1099-C makes me uneasy. There is no binding, on-point legal authority on this issue, a point that’s been noted in court. And that leaves open the idea that filing Form 1099-C – especially in certain circumstances – may raise other legal issues. In one case, Cavoto v. Hayes, the filing resulted in a civil action for fraud (though it was not resolved in favor of the debtor).

And if you’re a lawyer or other professional who might be subject to malpractice or other claims (assuming the statute is still running), you’ll want to weigh the satisfaction you think you might feel by issuing the form against any potential claims from an angry client. Even unsubstantiated claims can result in headaches.

What About Your Own Taxes?

What happens to your own taxes if you don’t get paid? The answer – in many cases – is nothing. Most business owners can’t write off, for tax purposes, a bill that hasn’t been paid (notably, issuing a Form 1099-C doesn’t change that).

Here’s why. For cash-based taxpayers, income isn’t reported until received. If you’ve never accounted for the unpaid bill, it’s just an entry in your accounts receivable column. It was never taken into income, so you can’t subsequently deduct it.

The result is different for accrual-basis taxpayers. Those taxpayers typically report income when invoices are issued, meaning that they’ve accounted for the unpaid bill as income. If that invoice remains unpaid, it can be written off.

In both instances, however, the net result to you (zero) is the same. There’s no “extra” deduction for not getting paid.

What About Lost Income?

But the unpaid bill, even if it’s for time that you can value (say, for example, that you bill at $100/hour and you spent three hours on the client), is not deductible. There is no magic trick to transform that “lost” income into a tax break. And that includes issuing the Form 1099-C.

I know: all of that stinks.

But there are some positive takeaways to be had.

Rather than rage about nonpaying customers, consider how not to find yourself in that situation at the start. That can begin with intake: research your potential client and consider asking for a deposit or retainer up front. Also, make sure that your contract or service agreement makes clear what your expectations are regarding payment, both in terms of frequency and timeliness.

If customers don’t pay timely, follow up early. It may just be a misplaced invoice or a genuine mistake. If nonpayment is a new development, consider offering payment options for those experiencing financial difficulties (remember, even the IRS offers installment agreements). But if nonpayment from a particular customer is chronic, it’s likely time to cut them loose.

If you still want to be paid after you’ve fired a customer, don’t use the Tax Code as your revenge: instead, consider talking to a lawyer or debt collections expert for advice.

Author’s Note: This piece focuses on small business owners with customers or clients who aren’t paying their bills. To find out more about the consumer side (when you’re the one who owes), click here. 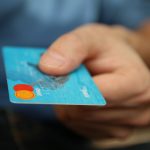 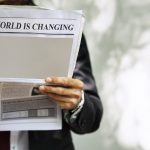 What Taxpayers Need To Know About Changing Sales Tax Laws

Bookkeeping Is More Than Just Numbers: Understanding Why It Matters