Tax Charges In The Manafort Trial

The defense rested in USA v. Manafort yesterday following 11 days of court proceedings. Paul J. Manafort, Jr., President Donald Trump’s former campaign chairman, was present but did not testify in his defense in the trial which arose as part of special counsel Robert Mueller’s investigation into Russian involvement in the 2016 presidential election. Initially, Manafort faced 12 counts, including conspiracy to launder money.

So what does all of this mean in plain speak? When you sign a tax return, you do so under the penalty of perjury. Remember that signature line on your 1040?

Here’s what it says:

Under penalties of perjury, I declare that I have examined this return and accompanying schedules and statements, and to the best of my knowledge and belief, they are true, correct, and accurately list all amounts and sources of income I received during the tax year. Declaration of preparer (other than taxpayer) is based on all information of which preparer has any knowledge.

In simple terms, if you lie on your tax return, that’s a crime.

The government alleges that Manafort not only willfully lied on his tax returns but did so as part of a larger scheme to defraud the government.

According to the indictment, Manafort, together with his original co-defendant Richard Gates III, served as political consultants and lobbyists. For at least the years 2006 through 2015, the pair is said to have acted as unregistered agents of a foreign government and foreign political parties. Specifically, they are accused of representing the Government of Ukraine, Victor Yanukovych, who was President of Ukraine from 2010 to 2014, the Party of Regions, and the Opposition Bloc. The Party of Regions was a pro-Russia political party in Ukraine, while the Opposition Bloc is a successor to the Party of Regions after Yanukovych fled to Russia.

The feds allege that this work generated tens of millions of dollars in income for Manafort and Gates. To avoid paying tax on the income, the government claims that the pair attempted to hide the money by using a series of entities (at least 30, according to the indictment). Manafort did not pay taxes on this income, the government claims, because he disguised what should have been considered taxable income as “loans” from nominee offshore corporate entities. Those loans were, the government said, simply shams. Instead, the government claims that Manafort used the money to buy more real estate and to make improvements to other properties. He is also said to have used the money for personal expenses, including paying his private mortgage and his children’s tuition – all while not paying tax on the income.

You’ll note probably notice that this code section is a little bit different from some of the others. Title 26 is the Tax Code (officially called the Internal Revenue Code) while Title 31 focuses on Money and Finance. Money and Finance may be the official title, but in the tax world we tend to focus on Chapter 53, Monetary Transactions. That’s the bit that governs records, money laundering and the gaming and casino worlds.

The applicable section here is at Subchapter 2, Records and Reports on Monetary Instruments Transactions. In the tax (and money) world, there are many reporting requirements aimed at boosting compliance and reducing fraud. One of the most well-known is the Bank Secrecy Act, which requires United States citizens to report any financial interest in or signatory authority over any bank account or other financial account held in foreign countries, if the balance exceeds $10,000 at any time during the year. This is commonly known as a foreign bank account report or “FBAR” – and if you’re a regular reader, you’ve probably seen articles (like this one) about FBAR reporting. It’s a big deal.

In addition to specific FBAR reporting forms, there’s a checkbox on your form 1040. The box is at the bottom of Schedule B at Part III.

The applicable language at 7a reads:

At any time during [the calendar year], did you have a financial interest in or signature authority over a financial account (such as a bank account, securities account, or brokerage account) in a foreign country?

If you answer “Yes,” you are required to enter the name of the foreign country in which the financial account was located, and you may also be required to submit additional information.

(It’s worth noting that the specific language on Schedule B has been tweaked over the years, but the gist remains the same. You can read more about the box and foreign reporting here.)

To be clear, it’s not a crime to have money or other property offshore, but it is a crime to fail to disclose those accounts or property. (You can read more about the benefits and risks of going offshore here.)

The government claims that even though Manafort had authority over foreign accounts that required an FBAR filing for at least the years 2008 through 2014, including those owned by the entities he created with Gates, he did not make any FBAR filings. Additionally, in each of Manafort’s tax filings – meaning Schedule B on his forms 1040 – for 2008 through 2014, the government claims that he represented falsely that he did not have authority over any foreign bank accounts.

Manafort’s tax preparer did attempt due diligence, asking Manafort in writing in 2011, “At any time during 2010, did you [or your wife or children] have an interest in or a signature or other authority over a financial account in a foreign country, such as a bank account, securities account or other financial account?” That same day, Manafort allegedly answered “NO.” That line of question and answers from Manafort’s tax preparer and Manafort continued through at least October 3, 2016.

However, Manafort’s answers weren’t truthful, according to the government. During this time, both Gates and Manafort reportedly had stashed funds in numerous foreign nominee companies and bank accounts all over the world, including places like Cyprus, Saint Vincent & the Grenadines (Grenadines), and the Seychelles.

The remaining counts, 24-32, involve bank fraud related mostly to loans. Between 2015 and 2017, the government claims that Manafort’s income from the Ukraine dwindled after Yanukovych fled to Russia. To keep the money flowing, Manafort is accused of using his United States properties as collateral to obtain loans from a number of different financial institutions.

To get more than $20 million in loans, Manafort, with Gates’ assistance, allegedly falsely inflated his company’s income by using fabricated profit and loss statements, and failed to disclose existing debt.

In total, the government alleged that more than $75,000,000 flowed through offshore accounts controlled by Manafort and Gates. Manafort is accused of laundering more than $30,000,000, with Gates’ assistance, and concealing that income from the United States Department of the Treasury, the Department of Justice, and others.

Manafort has pleaded not guilty to all of the charges. Gates pleaded guilty by agreement in February to one count of conspiracy and one count of making false statements (you can read the plea agreement here). Gates testified for the government against Manafort during the trial. 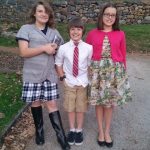 Dependents Can Change Your Tax Picture After Tax Reform

How Much Do You Know About IRS-CI?