It was the stuff of TV movies: A heartwarming tale of a good Samaritan who helped a young woman out of a jam. Eventually, allegations surfaced that the tale of a homeless veteran’s act of kindness was a scam. This week, two of the players in the scheme, Johnny Bobbitt and Kate McClure, pleaded guilty in federal court to conspiracy charges.

McClure, a young woman from New Jersey, originally said she found herself stranded in Philadelphia after she ran out of gas. She claimed she was approached by a homeless man who used his own money to fill her tank. The young woman returned to the spot to repay him, and the pair struck up a friendship. Eventually, the woman started a GoFundMe account, and more than 14,000 donors ultimately contributed more than $400,000 to help Bobbitt, an allegedly recovering addict, get back on his feet.

The story, it turns out, was fake. The running out of gas? It never happened. That infamous photo? Staged. According to prosecutors, the trio had known each other for about a month before the GoFundMe campaign went viral. Bobbitt was homeless, and he really did hang out at the exit ramp where the photo was taken, and prosecutors believe that McClure and her boyfriend, Mark D’Amico, may have met him on one of their trips to a nearby casino.

In November, Burlington County Prosecutor Scott Coffina announced criminal charges against McClure, D’Amico, and Bobbitt in the matter, including second-degree theft by deception and conspiracy. Each of the three pleaded not guilty to those state charges, which are not affected by these pleas.

(You can read more here.)

At the same time that state prosecutors were building a case, federal prosecutors were quietly pursuing charges. This week, Bobbitt pleaded guilty to one count of conspiracy to commit money laundering, a federal crime. He faces up to 10 years in prison and a $250,000 fine.

McClure pleaded guilty to one count of conspiracy to commit wire fraud, which is also a federal crime. According to court documents, McClure conspired “to devise a scheme and artifice to defraud individuals and to obtain money and property from individuals by means of materially false and fraudulent pretenses, representations, and promises.” She faces up to 20 years in prison and a $250,000 fine. Her sentencing is scheduled for June 19.

D’Amico has not officially been charged with any federal crimes in the matter.

With Bobbitt, McClure, and D’Amico still facing state charges, the matter is far from over. But what about those duped donors? Fortunately, GoFundMe donations are protected by a guarantee. “If funds aren’t delivered to the right person, we will donate the missing amount,” declares the company. “In the rare case that something isn’t right, we will refund your donation.” In this case, Burlington County Prosecutor Scott Coffina confirmed, GoFundMe is issuing a full refund to all donors.

So how can you protect yourself from scams? When making a gift for a charitable purpose, do your homework. Use special care when donating online: Make sure that any donor site is encrypted for privacy, and never give out PINs or other personally-identifying information. If you’re going to donate to an individual cause—and not a charitable organization—consider donating through an established platform like GoFundMe for some degree of protection. Better yet, keep in mind that charitable organizations are vetted by state and federal agencies and required to make disclosures about their finances and operations; requiring those extra steps can help make sure that your donations get where you intend for them to go.

(You can find more tips on charitable giving here.) 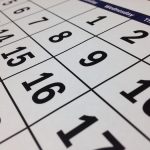 Report Suggests Taxpayers Should Have More Time To File In 2019

How Much Do You Know About IRS-CI?