N is for Nexus.

Nexus is a legal term for a connection; it’s important in the tax world because, under the Constitution, states must establish a connection between a taxpayer and the state in order to impose taxes.

For years, the rule was that only those companies with a physical presence inside a state can be required to collect sales tax, “continuing value of a bright-line rule in this area.” With respect to brick and mortar stores, that’s pretty easy: Are you physically located in the state or not?

The idea that you could only impose sales tax on sales where a retailer maintained a physical presence in a state had previously been established in National Bellas Hess, Inc. v. Department of Revenue of Ill., 386 U. S. 753 and was affirmed in Quill Corp. v. North Dakota (91-0194), 504 U.S. 298 (1992). But the advent and growth of internet sales complicated the issue: When Quill was decided fewer than 2% of Americans had access to the internet.

But the advent and growth of internet sales have complicated the issue. As states become increasingly aware of the amount of revenue they’re losing, they are seeking better ways to collect. Increasingly, that means that they are demanding that retailers be responsible for figuring and remitting the tax – and the requirements may differ from state to state.

The lack of a consistent approach raised the question of whether Quill deserved a second look. That’s what the Supreme Court heard in South Dakota v. Wayfair, Inc., Overstock.com, Inc., and Newegg, Inc. — sometimes just referred to as Wayfair. In Wayfair, the Supreme Court offered an answer: States have broad authority to require online retailers to collect sales taxes.

(You can read more on Wayfair here. You can read the majority opinion, together with the concurring opinions and the dissent, which downloads as a PDF, here.) 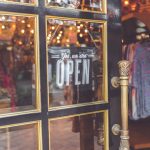